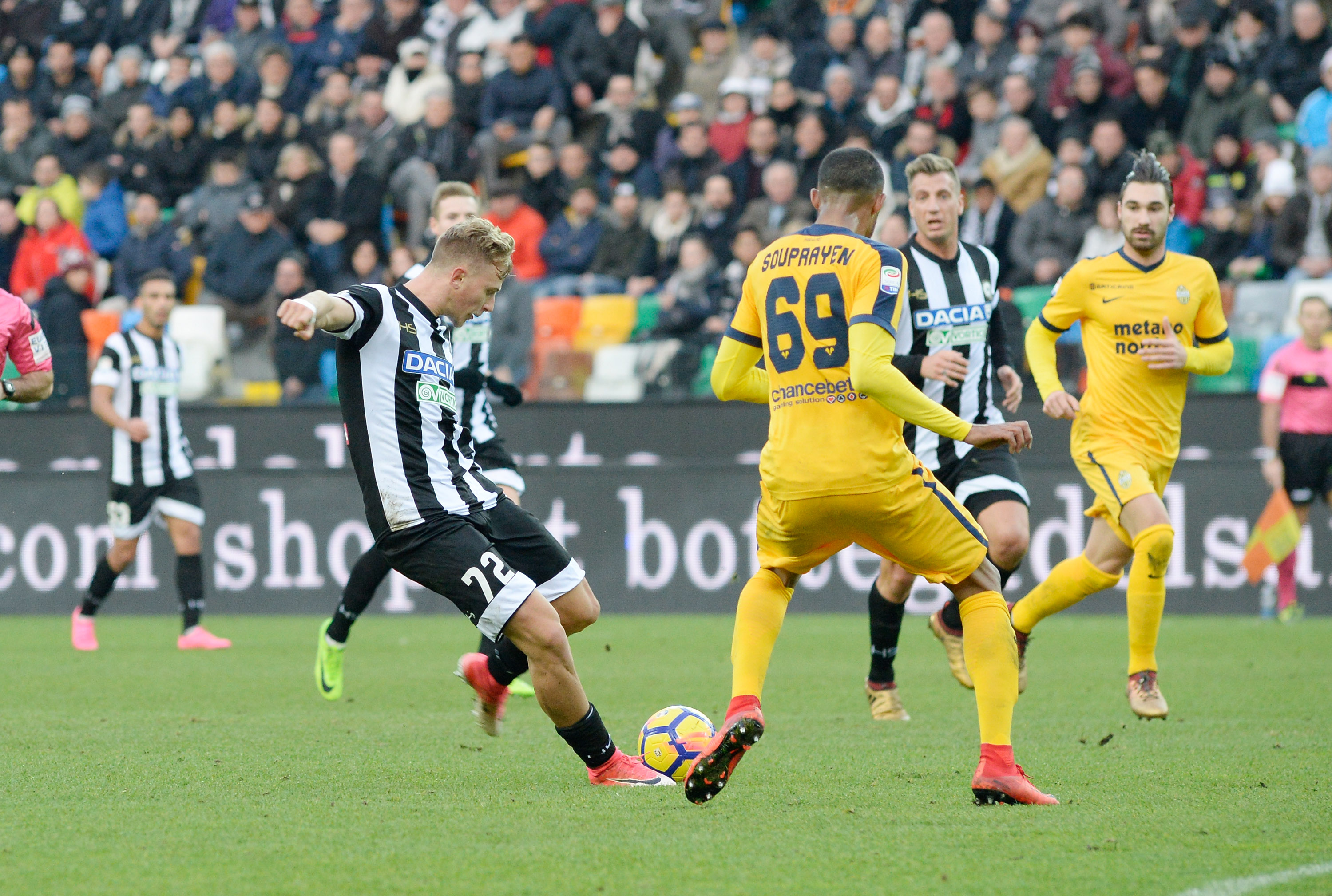 There were two worthy contenders for Serie A club of the week in round 18: Lazio and Udinese, as both dismantled their opponents, Crotone and Verona. The Bianconeri get the nod because they did their work earlier in the game and it was against a tricky opponent, considering that Hellas was coming off a stellar result against Milan.

The Zebrette are clicking on all cylinders this month: they have put together a four-game winning streak and they have risen to ninth position in the standings, just three points behind sixth-placed Sampdoria. A meteoric rise with Massimo Oddo at the helm, a rather surprising one since they appeared moribund just a couple of months ago. They have obviously taken advantage of a soft portion of the schedule, as they defeated Benevento, Crotone and Hellas Verona, but they also ransacked San Siro against Inter, which gives them legitimacy.

On Saturday, they basically sealed the deal in the first half. Antonin Barak continued to impress, once again leading the way for his team. He opened the score with a nice move in the box, then played a big part in the second goal as well, as he forced Nicolas into an imprecise deflection with a strong attempt from distance, that Silvan Widmer tapped in. He capped off his productive day bagging the ball from the edge of the box in the second half for the three-nil. Kevin Lasagna rounded up the score with a thunderous strike under the bar at the 80th minute off a Jakub Jankto assist.

Udinese were able to feast on the counters against an opponent that became unglued after the first goal and whose defence has always been shaky this season. Massimo Oddo brilliantly identified the strengths of his roster and they play with great velocity, enhancing the skills of Jakub Jankto, Antonin Barak, Kevin Lasagna, Ali Adnan and Silvan Widmer. Maxi Lopez does not have that kind of speed, but he is serving the role of the distributor pretty well. The three-back line has also shown good stability, despite few absentees, and having a muscular player like Valon Behrami or Seko Fofana in front of it definitely helps. Albano Bizzarri, Jens Stryger Larsen and Danilo collected points thanks to the clean sheet.

While five teams have clearly separated themselves in the standings, there are few contenders for the final Europa League spot and with this string of victories Udinese have joined the conversation.