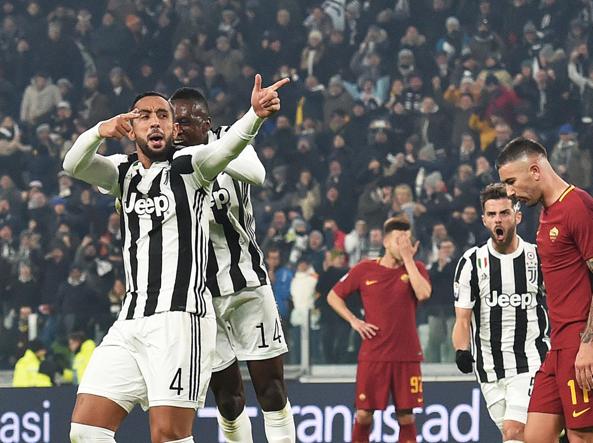 The game of the week for round 18 of Serie A was the one who had undoubtedly the most at stake, Juventus-Roma.

Both teams came into the game hoping to take advantage of Inter’s loss against Sassuolo and to keep up with Napoli, who had defeated Sampdoria earlier that day. The Giallorossi were three points behind the Old Lady, but they have played one less game.

Massimiliano Allegri surprisingly decided to bench Paulo Dybala for the third straight Serie A game, despite a very good performance in Coppa Italia against Genoa. He opted for a lineup featuring Juan Cuadrado and Mario Manduzkic upfront, who both recovered from small injuries, Blaise Matuidi in the midfield and Andrea Barzagli as right back. It was basically the formation that could guarantee the most work rate. Eusebio Di Francesco went with his usual XI in big games, with Stephan El Shaarawy and Diego Perotti flanking Edin Dzeko.

Juventus came off firing in the first half, controlling the ball and the pace. They struck at the first clear-cut chance, as both Giorgio Chiellini and Medhi Benatia found themselves wide open on a corner kick. The first two attempts were saved by Alisson and the bar, but the ex-Roma defender ultimately buried it, giving his team a deserved lead. Roma tried to respond immediately to respond with a counter, but El Shaarawy’s effort was saved by Wojciech Szczesny.

The Bianconeri started well in the second half as well, but they did not manage to put the game away, in particular due to Gonzalo Higuain’s bad day. He uncharacteristically skied two balls from good position, the first after a delicious combination with Sami Khedira, the second off an assist by Mario Mandzukic.

After escaping the danger, Roma’s attack finally came to life and put the opponents’ defence under great pressure in the final portion of the game. Alessandro Florenzi had a great flying attempt off a long though ball by Daniele De Rossi, but the ball died on the bar after getting past the hand of the goalkeeper. A great solo counter by Miralem Pjanic had the same result, with the contribution of Alisson, once again keeping the opponents in the game.

Roma had one massive chance in the very last moments of the game: Giorgio Chiellini and Medhi Benatia, after ganging up all night long to deny Edin Dzeko, had a mishap at around midfield, which allowed Patrick Schick to run uncontested towards the goal. However, the Czech striker could not put it past Szczeny, who came out beautifully and saved the day.

It was the eight clean sheet in a row for Juventus, which in the last month defeated Napoli and Roma and drew nil-nil against Inter at home. They defended their second position, one point behind the Partenopei, and created a nice cushion over the Nerazzurri and the Giallorossi. While Di Francesco’s side can rejoice for the vigorous finish in a very tough environment, they came away empty-handed as their attack let them down again.

From the fantasy standpoint, Juventus’ defender and goalkeeper were the top performers, with Benatia leading the pack with nine points thanks to the goal and Wojciech Szczesny as a close second, with seven, because of the clean sheet. Andrea Barzagli and Giorgio Chiellini collected five, Alex Sandro one less due to a yellow card. Obviously no Roma player garnered any point.