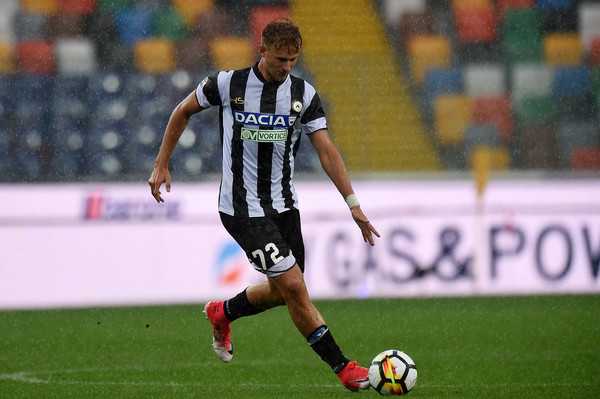 Here are the suggested players to pick for the 19th round of Serie A.

Wojciech Szczeny: Gianluigi Buffon’s presence is once again in doubt because of a calf strain and the former Arsenal and Roma goalie has fared very well when called upon. Juventus are coming off eight straight clean sheets and will face Verona on the road on Saturday night, not exactly a juggernaut.

Kalidou Koulibaly: Napoli have had some uncharacteristic defensive problems against Sampdoria, but they have a good opportunity to redeem themselves as they take on Crotone, which have the third worst home attack in the League.

Federico Fazio: Roma have the best scoring defence in Serie A. They will face the surging Sassuolo, but Fazio still deserves some consideration as he has been extremely reliable and had some luck going forward as well.

Mattia Caldara: Cagliari have scored only six times on the road so far, which is second worst in Serie A and the Nerazzurri are in splendid form. Caldara is also always a threat to score in set pieces.

Antonin Barak: he is red-hot and he needs to be ridden until he cools off. He has collected four goals and two assists in the last four games and the upcoming one, against Bologna, could be a high-scoring one.

Iago Falque: he scored a brace against Spal and Torino will be without Andrea Belotti and Adem Ljajic, so he will be their go-to-guy offensively against Genoa.

Amato Ciciretti: he is the best Benevento player and they have done decently at home in the last two-three matches. He will have to deliver if they hope to finally obtain their first win in Serie A and Chievo right now is in poor form, having lost three of the last four games and having conceded a bunch of goals in that span.

Josip Ilicic: he is on a tear over the last few weeks and it does not seem to matter whether he starts or come off the bench. Always exquisite with his left foot, he has gotten so much better with the right as well, as some his latest finishes testifies. Atalanta will face the suspect Cagliari defence.

Gonzalo Higuain: he managed to get open against the stout Roma defence, but he rubbished his chances. He will have a much easier time against Hellas Verona, which have conceded a hefty 36 goals so far, tied for worst in the League.

Lorenzo Insigne: speaking of the leakiest defences in Serie A, Crotone are the other who have already been punished 36 so far. Insigne has found the back of the net in the last game and appears to have fully gotten over his nagging groin problem.

Fabio Quagliarella: Sampdoria will try to bounce back after five winless game and they have an opportunity as good as any as they host Spal, which have conceded 17 times in 9 road matches. Three goals in the last three fixtures for the veteran striker, who has been very productive so far this season, no matter who the opponent was.