Another home cooking for Atalanta, which hanged on Parma the same result they had against Milan: five-nothing, with most of their offensive weapons breaking through.

The Goddess were looking to keep up their good form and cash in on Roma’s stumble against Torino to move closer to the top four. Coach Gian Piero Gasperini chose Hans Hateboer over Timothy Castagne on the right wing, selected Luis Muriel to spearhead the attack, while Marco Sportiello was between the sticks because Pierluigi Gollini had been under the weather throughout the week.   END_OF_DOCUMENT_TOKEN_TO_BE_REPLACED

Juventus: Paulo Dybala (calf), Rodrigo Bentancur (thigh), Emre Can (thigh) and Alex Sandro have resumed practicing fully and therefore should be available on Sunday, while Douglas Costa (calf) and Daniele Rugani (thigh) will not come back this week. Federico Bernardeschi is suspended. Moise Kean is out with the flu, Leonardo Bonucci with a bruised ankle.

Napoli: David Ospina is on personal leave to tend to a personal matter in Colombia. Nikola Maksimovic (toe) is slated to remain on the shelf, while Amadou Diawara (foot) got in a full practice after a long time, so he might be called up. Dries Mertens, Lorenzo Insigne and Adam Ounas have been surprisingly ruled out due to small ailments.
END_OF_DOCUMENT_TOKEN_TO_BE_REPLACED

Few worthy candidates in this round, but Frosinone were the only one to dispose of their opponents on the road, therefore earning the shout-out. The Ciociari had won just one game thus far and were overwhelmed by Atalanta just last week, drawing harsh criticism from Napoli president Aurelio De Laurentiis who said that they did not belong in Serie A. They answered on the pitch with a dominating display against Bologna and they are now * points behind the 17th placed

Regular starters Lorenzo Ariaudo and Francesco Zampano are sidelined with injuries, while Joel Campbell left during the weekend a little out of the blue, so Marco Baroni chose Bartosz Salamon in the back, Paolo Ghiglione on the left flank and Camillo Ciano and Andrea Pinamonti up front. Differently from last week, Francesco Cassata was selected over Luca Valzania in the midfield. END_OF_DOCUMENT_TOKEN_TO_BE_REPLACED

Two of the top three teams got the job done in favorable match-ups: Inter bagged one more goal than Juventus, so the get the nod as club of the week. The Nerazzurri came into the game looking to atone for the brutal showing in Bergamo, where they conceded four goals.

As the seminal Champions League bout with Tottenham is coming up on Wednesday, Luciano Spalletti rotated his squad a lot, trusting Balde Keita and Lautaro Martinez up front and Borja Valero and Roberto Gagliardini in the midfield. Danilo D’Ambrosio filled in for the injured Sime Vrsaljko, while Radja Nainggolan was able to return to the XI after an ankle sprain. END_OF_DOCUMENT_TOKEN_TO_BE_REPLACED

The Derby della Madonnina was balanced, hard-fought and intense, but, albeit in dramatic fashion, it was decided by a single goal in the stoppage time. So the weekly shout-out goes to high-scoring affair between Frosinone and Empoli, which had a lot at stake for an early season game and was brilliantly played by both sides.

The Ciociari have yet to win this season and garnered only a point so far, against Bologna at home. The Azzurri prevailed just in the season opener and suffered five losses after that, managing to tie twice. END_OF_DOCUMENT_TOKEN_TO_BE_REPLACED

The last round had a pair of really intriguing and well-balanced match-ups, Lazio-Fiorentina and Atalanta-Sampdoria, but those were decided by a single goal. The most entertaining game was surprisingly the Friday one between Torino and Frosinone.

The Granata were coming off a late win against Chievo, while Frosinone picked up just one point so far. Walter Mazzarri gave Simone Zaza the start after the deciding goal in the previous contest, picking Daniele Baselli over Roberto Soriano as attacking midfielder and Ola Aina and Alex Berenguer as wing backs since Lorenzo De Silvestri was out. Moreno Longo, former coach of Torino’s youth team, stuck with a 3-4-3 featuring Joel Campbell, Daniele Ciofani and Camillo Ciano up front. END_OF_DOCUMENT_TOKEN_TO_BE_REPLACED 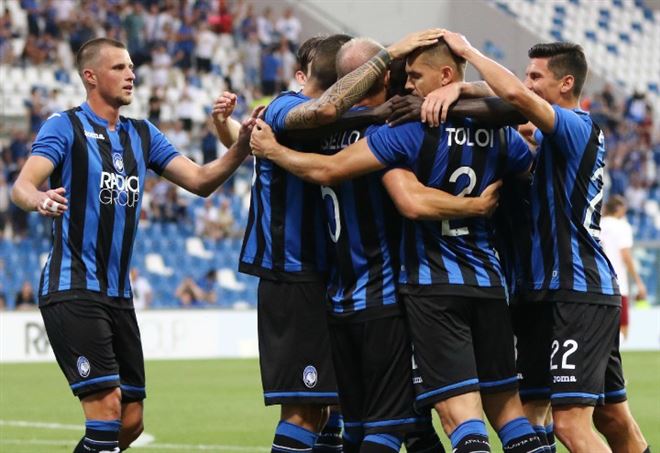 In a round where the top clubs mostly had troubles toppling their respective opponents, the most impressive team was surely Atalanta, which manhandled Frosinone on Monday night. The Orobici and Empoli were the only two sides to score multiple goals while keeping a clean sheet.

Gian Piero Gasperini will not have Josip Ilicic for a while, so he opted for the lineup he has been fielding in Europa League with limited rotation. Berat Djimsiti played over both Gianluca Mancini and José-Luis Palomino in the defence and Musa Barrow won the duel with Duvan Zapata up front, with Mario Pasalic in the hole. END_OF_DOCUMENT_TOKEN_TO_BE_REPLACED

Napoli announced the arrivals of Alex Meret and Orestis Karnezis from Udinese and Fabian Ruiz from Real Betis, for whom they paid around €30M. Sampdoria have bought Jakub Jankto from Udinese, who totalled nine goals and 12 assists over the last two seasons with the Zebrette. END_OF_DOCUMENT_TOKEN_TO_BE_REPLACED

After last season’s rebuilding of the squad, Fiorentina will look to next season in order to implement the next stage as those in charge hope to see this young side progress towards the European places. While sporting director Pantaleo Corvino is expected to oversee some changes this summer, this side’s over-achievement this term will likely generate interest from Serie A and abroad in their young stars. Who will stay and who will go?