The short pause in-between seasons and the strong performances by most of the coaches limited the numbers of changes on the benches among the mid-table to just two so far, as Cagliari and Torino switched right after the season finale, while Genoa are rumoured to be doing the same later on, when their preferred candidate will have finished off his duties. END_OF_DOCUMENT_TOKEN_TO_BE_REPLACED

Once again, the game with the most drama in Serie A was a battle for survival in the lowest part of the standings: Crotone-Spal was not only the highest scoring game in the last weekend, but it also had an extremely impactful result.

The Sharks approached the game hoping to redeem themselves after a tough loss against another rival, Benevento, but on the road. They had fared decently at home in the last month or so, sharing the spoils Cagliari and Atalanta and defeating Chievo. On the other hand, the Estensi were looking to resume winning after eight negative results and three straight losses, which had put Leonardo Semplici on the hot seat.

END_OF_DOCUMENT_TOKEN_TO_BE_REPLACED 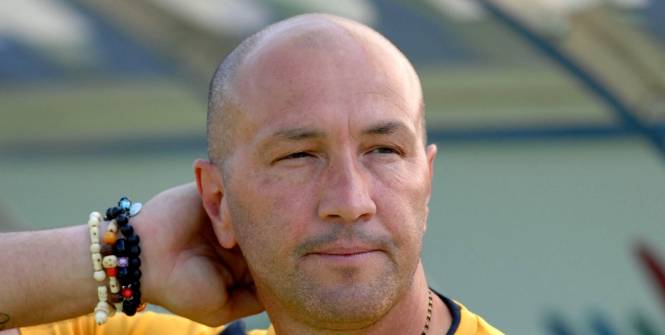 Walter Zenga has been announced as the new manager of Wolverhampton Wanderers, and whilst the pairing of these two parties does seem rather odd, it will be yet another adventure for the Italian footballing legend.

Zenga has been appointed after Wolves sacked Kenny Jackett who was celebrating his 3rd year in charge of the club. Some fans feel that it was undignified that Jackett who was indeed one of the longest serving managers at Wolves even for just those 36 months was fired. And it’s easy to see why. True his win rate was just 46%, but he did in is debut season get the club promoted back to the Championship, achieved a record haul of points and was voted joint LMA Manager of the season for League One.

How times change and how quickly especially in football. The writing for Jackett was on the wall the moment Wolves were taken over by Fosun International who clearly wanted a more European brand to head the team.

However will all due respect to Walter Zenga their choice of appointment does if anything seem rushed and unprepared. Zenga of course will always be remembered as the goal keeper who lit up Serie A in the 1980′s and early 90s where he was a constant figure for Inter Milan. But a great player doesn’t always make a great manager- and so this has come to be.

Should the alarm bells not be ringing for Wolves fans who will notice that Zenga has coached 15 teams in 18 years? The longest he has ever stayed at one club has been two seasons when he managed Dubai club Al Nasr.

As far as trophies are concerned Zenga has three of them at coaching level. A league title with Steaua Bucharest in 2005 and a couple of cup wins with Red Star Belgrade the following year. And so he has won nothing for the past decade.

The list of clubs Zenga has managed seems incredibly random- and Wolves just seems like another. But the big worry for fans has to be the new owners and what seems to be a short sighted deal to bring in Zenga. One feels that a club such as Wolves could have looked much closer to home, surely whilst being in the Championship the goal is for stability.

Now Zenga could prove us all wrong but right now it seems and with his record of jumping ship and or being sacked that Wolves are not taking the right steps to play any time soon in the Premier League.