Cristiano Ronaldo predictably lost out on the awards but commented on stage: “It was a special season since I left Real Madrid after nine years. It was a big chance, but beautiful one. I have won three titles: Serie A, Supercoppa and the Nations League against Netherlands, which was great. It was a fantastic season, both personally and on a team level.” END_OF_DOCUMENT_TOKEN_TO_BE_REPLACED

Defending Serie A champions Juventus are in line to make some changes this summer, following the announcement of Aaron Ramsey on a pre-contract in Turin.

The Welsh international continues the club’s policy of signing established players on free transfers,with the support of a substantial salary, as they look to pursue European glory in the next few years.

However boss Max Allegri is also likely to make other signings alongside the Arsenal midfielder, with bids for Ajax defender Matthijs De Ligt, Real Madrid’s Raphael Varane and Sporting Lisbon schemer Bruno Fernandes rumoured to be on the cards.

END_OF_DOCUMENT_TOKEN_TO_BE_REPLACED

Medhi Benatia reflected on his departure from Juventus in an interview with Sky Sport: “In December, I was on vacation in Dubai, I talked with my wife and my kids were asking me all the time why I was not playing. I was burning inside and I was unhappy for that. I left a team full of friends I am very attached to, but I would have liked to give my contribution on the pitch.”

“When Leonardo Bonucci came back, I talked to Massimiliano Allegri, who told me that he needed me and that I would have found some room. However, things changed after that, but I do not have any problem with him, I do not look back at what could have been and was not. I played my last game against Milan in San Siro, which was a tough one because I had to guard Gonzalo Higuain. I played well but I stayed out the following fixtures.” END_OF_DOCUMENT_TOKEN_TO_BE_REPLACED

The arrival of Martin Caceres was made official yesterday and the defender re-introduced himself to the club’s TV: “I am very happy for this return, this has always been my home. When I received the proposal, I looked back at all my years here. This jersey has been part of my heart. Everything comes in threes and it is the second time I join in January. I scored on my debut twice and they were meaningful goals, so I hope it will happen again. This team, despite all their winning, does not want to stop and that is how I felt about them looking at them from the outside. I have played in every position in the back-line, so I can be a jack-of-all-trades that can help the squad. I will bring enthusiasm and I will give my best, trying to prove every day that I am the same player I was when I left two and half years ago. As far as Cristiano Ronaldo goes, his career speaks for itself and he can prove in Serie A too what kind of champion he is.” END_OF_DOCUMENT_TOKEN_TO_BE_REPLACED

Juraj Kucka to Parma B+

After finishing the first half of the season closer to a Europa League spot than the relegation zone, Parma didn’t rest on their laurels during the January window. Following the brilliant Gervinho addition, the newly promoted club decided to bring back Kucka to Italy in order to give more muscle to D’Aversa’s midfield. The Slovakian international has six years of Serie A experience and can be an important player for Parma next season as well.

Krzyzsztof Piatek to Milan B

Granted it’s a very small sample size, but the rossoneri have looked like a different team since Gonzalo Higuain left. Gattuso’s team looked much more fluid in both games against Genoa and Napoli and it’s certainly possible the players are much looser now that all the questions on the Pipita’s future have ended.

Piatek’s annual wages are about a quarter of what Higuain was earning, and considering how poor the Argentine striker had been in the past few weeks, the drop off (if any) shouldn’t be very substantial especially if Piatek keeps playing like he did in the last twenty minutes of the match against Napoli.

While Milan weren’t able to include any players in the deal for Genoa, they showed a lot of financial strength by paying the 35 million euro transfer fee in one installment. After Paqueta, Milan have now added another player in his early 20s to add to their young nucleus, they are still legitimate contenders for a Champions League spot now while also ensuring they have a squad with a lot of upside for next season.

There are however two questions marks that remain following this transaction- what is it about Milan that both Bonucci and Higuain, two players good enough to start for an elite team like Juventus, that they both wanted to leave so soon? Are Cutrone and Piatek compatible or mutually exclusive?

For Genoa the Piatek deal is a financial home run. They made a 30 million euro profit on a player they had acquired just last summer, and by selling him quickly, they ensured they won’t have any Belotti like regrets in case he can’t continue his impressive scoring streak from the first half of the season. But they are also losing a key player while still being in the middle of the relegation race, they’ll need Kouame to lead the line and hope that Sanabria adapts quickly to Serie A.

Preziosi’s club is known for being very active In the January window, and this year was no exception. In addition to Sanabria and defender Pezzela who arrived from Udinese, they also brought back to Sturaro on loan for 1.5 million with a vested option to buy for 8.5 million. While the Italian international never lived up to expectations at Juventus, he should bring some much needed muscle to Prandelli’s midfield.

The Sturaro deal fits into a larger picture between the two clubs, Juventus previously acquired Mattia Perin and are the clear favorites to land center back Cristian Romero, one of the revelations of the Serie A season, next summer. 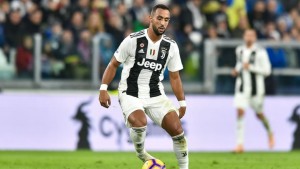 Speaking of Juventus center backs, the Uruguayan international returned to Turin after two previous stints at the club. While Caceres is familiar with what to expect with the bianconeri, there’s no denying he’s a considerable downgrade from Mehdi Benatia, the player he’s going to help replace, at this stage of his career.

While some expected the policy of respecting the player’s will to end with Beppe Marotta’s departure, Juventus didn’t force Benatia to stay after he received a rich offer from Qatar. While the Moroccan international is injury prone and had a reduced role after Leonardo Bonucci’s return, he was arguably Allegri’s best pure defender after Giorgio Chiellini and hence a valuable piece of the puzzle in Juventus’ pursuit of the elusive Champions League cup.

Benatia’s transfer is a great opportunity for Daniele Rugani, a player that has typically only started against the bottom table teams in Serie A this season. It will be interesting to see if Allegri trusts him in a big game over Barzagli (who is rehabbing from an injury) and newly arrived Caceres should Chiellini or Bonucci suffer an injury.

Cedric Soares to Inter B

Following Sime Vrsaljko’s injury (and disappointing first half of the season), the nerazzurri acted quickly to give Luciano Spalletti a new starting caliber right back. Soares arrived from Southampton on a loan for 500k with an option to buy worth 11 million, considerably cheaper than what they would have had to pay Atletico Madrid to retain Vrsaljko permanently.

Soares was picked over Joao Cancelo to play for Portugal in the last World Cup and as Gazzetta dello Sport reported, no player had more crosses than him in the Premier League in the past four seasons.

The management wanted to stay put through the January window, but elected to allow Medhi Benatia, who has been clamouring to play more for a while, to leave. He joined Qatari side Al Duhail, which is managed by former José Mourinho assistant Rui Faria, for a €8M plus €2M bonus on a lucrative three-year deal. As his replacement, they have quickly struck a deal with Lazio for Martin Caceres, who will wear the black-and-white shirt for the third time in his career. The two teams agreed on the simplest formula: a six-month loan for €600k fee.  END_OF_DOCUMENT_TOKEN_TO_BE_REPLACED

A pretty spirited Massiliamo Allegri talked to the press early on Saturday and addressed the upcoming arrival of Martin Caceres to replace Medhi Benatia: “He is certainly not a second choice, we strongly wanted him. Benatia asked to leave, he made a different decision than what we wanted and the management decided to let him go. We evaluated few profiles and we are lucky that Caceres accepted. I am glad because he knows the environment and he is reliable and will complete an already strong department. Andrea Barzagli will return in three or four weeks, then we will be all set. Caceres can give us a lot, he is ready and does not have to learn the language. When he left, I said that he was as good as our own. He can easily play as centre-back, I think he is better there at this point of his career. He is also a positive guy and that helps.” END_OF_DOCUMENT_TOKEN_TO_BE_REPLACED

Napoli: Lorenzo Insigne, Allan and Kalidou Koulibaly are disqualified. Dries Mertens is trying to shake off an ankle sprain and his presence is not 100 percent certain. Marek Hamsik is not expected to come back from his thigh strain. Raul Albiol is fatigued, but available.  END_OF_DOCUMENT_TOKEN_TO_BE_REPLACED

Medhi Benatia was supposed to start against Bologna, but he bowed out after the warm-ups and the club informed it was due to a thigh adductor ailment, whose severity was not fully disclosed but it will keep the defender on the mend for the Supercoppa as well. Daniele Rugani was not even on the bench due to a knock, but he resumed practicing partially yesterday and he and Joao Cancelo are in the squad list for Jeddah. The team has yet to issue an official update on Mario Mandzukic, but he is rumoured to be facing a three-to-four week absence with his thigh injury. END_OF_DOCUMENT_TOKEN_TO_BE_REPLACED

Massimiliano Allegri held the final pre-game presser of 2018 earlier today and begun by addressing the regrettable events prior and during Inter-Napoli: “The President of the Federation issued a statement and there are some precautionary measures that can be arranged. We can turn the ship, but we have to do it with facts and not with words. I hope this could finally be the right time.”

“I do not think that stopping the games is the right way, that should only happen if there are public order problems. That being sad, I do not tolerate any kind of racism or insult towards tragedies or the dead. We no longer have respect in Italy. END_OF_DOCUMENT_TOKEN_TO_BE_REPLACED