After having a fantastic record in the league Inter gained just 1 point this past week as they played two games. First it would be defeat at Sampdoria going down 2-1 to record only their 2nd defeat of the season and then they would draw 2-2 with Roma in a very entertaining game.

The defeat at Sampdoria really hurt the club because Milan finally lost a game, their first of the season and this was the time to catch them up. Milan lost 3-1 at home to Juventus.

Normally Romelu Lukaku would have taken Sanchez’s place but he was back and recovering from a minor injury and had to start the match from the bench as a precaution. Inter had 11 shots on target and were far the better team but they couldn’t find that 2nd goal to get back into the game.

This past week hasn’t been easy for Inter whose 2 recent games have both been away from home and whilst they were expected to beat Sampdoria many thought they could struggle at the Stadio Olimpico against Roma and that so proved to be true.

In the end the final result did seem fair though with Roma starting well but as the game went on Inter creating the better chances. Inter found themselves 1-0 down early on when Lorenzo Pellegrini took a shot from outside the area after great build up play by Roma. The half ended 1-0 to the home side.

Inter though were piling on the pressure in the 2nd half and hit back with two goals in short time. The first was a brilliant powerful header from Milan Skriniar, the defender has been in great form lately.

It would be another defender who would help Inter out and put them in the lead a few minutes later with a brilliant strike by Achraf Hakimi. Inter looked like they would go on to win the game and there was just four minutes remaining when Roma broke their hearts.

Gianluca Mancini scored a great flick on header almost a classic style in the vein of the great Paolo Rossi to secure a point from Roma.

As a result the league is looking exciting however Milan has taken a 3 point lead from Inter and they have 40 points. Roma have 37 and have several teams hot on their trail in the form of Roma, Juventus and even Atalanta aren’t that far behind with 31 points.

Next weekend is the big one for Inter as they will face the champions of the last 9 seasons Juventus at home. Lose that and they could slip six points behind if Milan beat Cagliari.

What this week has proven is that despite the obvious talents of this Inter team where there are goals in all positions, they really miss a 100% Romelu Lukaku, he is the player they rely on and the heart beat of this team.

Do you have what it takes to challenge the best Serie A Fantasy Managers? If you’re for it play fantasyseriea.com

Benevento: Andres Tello is be back after missing some time with ailments, but Federico Barba is still out. Gabriel Moncini will skip a game or two due to an adductor strain. Nicolas Viola needs more time to recover from a meniscus tear. END_OF_DOCUMENT_TOKEN_TO_BE_REPLACED

Wojciech Szczesny (7 points): just three clean sheets in this round, by Juventus, Inter and surprisingly Lecce. The Polish goalkeeper had the busiest performance among those involved, especially in the first half of the Fiorentina game, where he batted away a point-blank deflection by Federico Chiesa and answered the bell on a pair of potent long-range efforts.

Matthijs De Ligt (9 points): the Dutch defenders bagged his second goal of the season with a header on a corner kick and contributed to stymieing Fiorentina with the usually muscular performance. END_OF_DOCUMENT_TOKEN_TO_BE_REPLACED 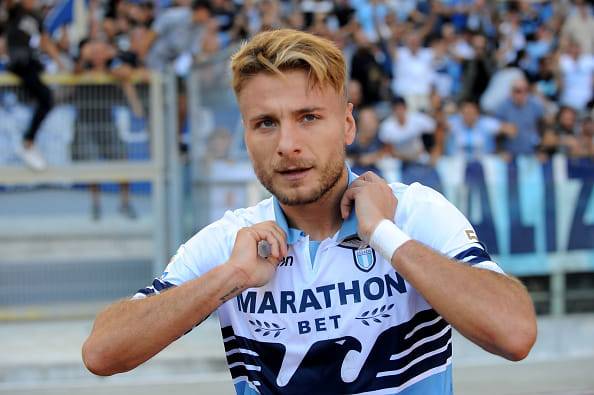 Wojciech Szczesny: the Polish goalkeeper has been a major contributor in two of the last three Juventus wins. They have the best scoring defense in the League, which usually tightens up in the more difficult matches, and will square off against a team that has failed to score more than once in their past seven fixtures.

Francesco Acerbi: Chievo are showing signs of improvements, but they have been dismal offensively so far, netting just ten total goals and finding the target only in three of their seven home games. END_OF_DOCUMENT_TOKEN_TO_BE_REPLACED