Three teams managed to seize a shutout win in this round, two of them did it by scoring multiple, Inter and Bologna, but Felsinei had by far the most influential success over the weekend, which allows them to get the nod over Juventus, who had the best showing overall but ruined the fantasy haul by conceding.

The Felsinei were coming off three straight losses against Roma, Juventus and especially Udinese, which had kept in third-to-last position. Sinisa Mihajlovic picked Blerin Dzemaili over Andrea Poli in the midfield and quickly lost Federico Santander because of a bruised shoulder and he was replaced by Riccardo Osolini, with Rodrigo Palacio used as false-nine. END_OF_DOCUMENT_TOKEN_TO_BE_REPLACED 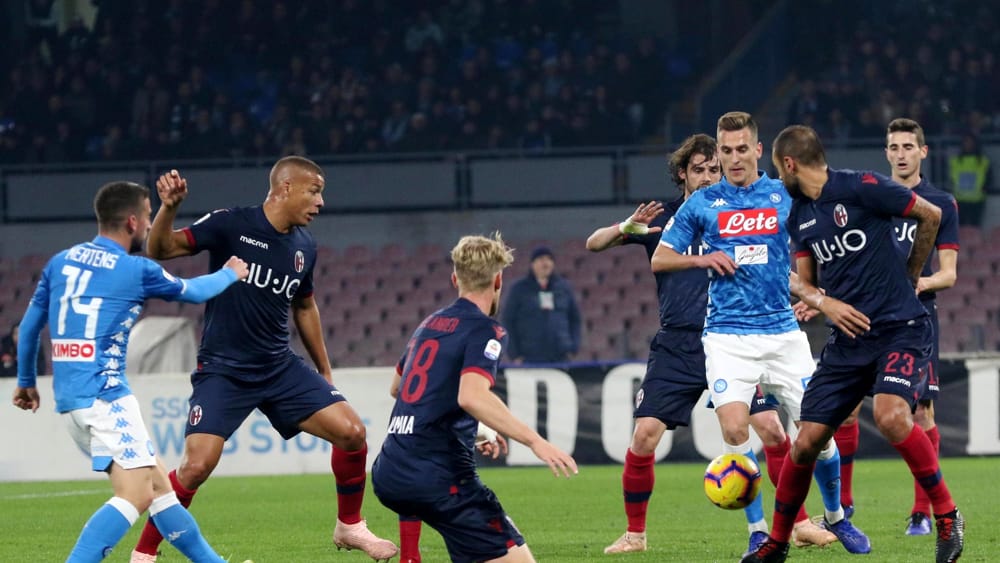 Heading into the round, it looked like Napoli could have an easy time against Bologna, which had not scored in the previous three games and had never won on the road, however it turned out to be a very entertaining game and the Azzurri had to resort to more late-game heroics to come away with the W.

The Campania side came into the game looking to avenge Wednesday’s tough loss against Inter, where they were pipped due to a Lautaro Martinez goal after Kwadwo Asamoah had a goal-line clearance on Piotr Zielinski. The Felsinei have not won in ages, since September 30th, but salvaged some draws here and there. END_OF_DOCUMENT_TOKEN_TO_BE_REPLACED

Juventus: Paulo Dybala had a little scare with Argentina, but his knee is fine. Daniele Rugani nursed a rib fracture during the break. The only injured player is Sami Khedira, who is dealing with a hamstring strain. Leonardo Spinazzola is close, but he has not been called up for this weekend.

Napoli: Lorenzo Insigne has picked up a minor injury and will not be available. Kalidou Koulibaly returned early from international duties because of muscle fatigue and he is likely to rest. Faouzi Ghoulam (kneecap fracture), Amin Younes (torn Achilles) and Alex Meret (arm fracture) are inching closer to a return but the could be held out for another week. Sebastiano Luperto is fatigued. END_OF_DOCUMENT_TOKEN_TO_BE_REPLACED

There could be trouble in Parma, as the club has been deferred to the sports justice for attempted offence due to some text Emanuele Calaiò sent to some Spezia players ahead of the final and decisive game, inviting them not to play too hard. END_OF_DOCUMENT_TOKEN_TO_BE_REPLACED

Alex Meret is just one of the many goalkeeping jewels currently plying their trade in Serie A. The 1997 class goalkeeper is coming off a second successful season at SPAL despite having missed a large portion of the term due to injury. Meret was limited to only 13 appearances in Serie A this season, however, he showed END_OF_DOCUMENT_TOKEN_TO_BE_REPLACED

Empoli started the season with losing their manager for the second consecutive summer. END_OF_DOCUMENT_TOKEN_TO_BE_REPLACED