In the wonderfully enthralling world of Serie A calcio, it can be incredibly difficult to keep up with the current news, developing storylines, team performances and individual efforts on a weekly basis. This is where we come in.

As we head into round 16 of play on Italian soil, and rapidly approach the midway point of the 2019/20 season, we will begin to establish what is worth keeping an eye on and what should be less of a priority.

Here are five things to watch for in Serie A this weekend. END_OF_DOCUMENT_TOKEN_TO_BE_REPLACED

Despite a very positive performance, after a period of disappointment, AC Milan failed to keep a clean sheet away at Juventus on Sunday evening. The Bianconeri managed to clinch all three points in the end, as Dybala came to their rescue.

Pioli’s men put up a good fight despite their recent struggles, which perhaps caught the home side by surprise, who were predicted to win the game with ease. However, after just ten minutes, it was clear that this wasn’t going to be the case. Then again, Juve snatched all points, which is what matters. END_OF_DOCUMENT_TOKEN_TO_BE_REPLACED

Following a disappointing start to the season, Stefano Pioli has officially taken over from Marco Giampaolo, who had his job for just seven games. Next week, the first game under the new manager will take place, as Lecce will pay a visit to the San Siro.

However, it remains to be seen which players Pioli will opt for in the starting eleven, especially up front. The other two departments, namely the defence and midfield, have more or less been decided already, at least so it seems. For the attack, on the other hand, it is different. END_OF_DOCUMENT_TOKEN_TO_BE_REPLACED

As the start of Serie A is only one week away (roughly), it is time to take a look at a few choices that you should make for your fantasy team. This article will focus on three AC Milan players that you must have in your team, as they are guaranteed point-machines (one can hope).

First of all, there are several players in the current Rossoneri squad that I believe could be useful in a fantasy team. However, as we all know, the rules only allow you to pick three players from each club. Therefore, without further ado, down below are my top three picks.  END_OF_DOCUMENT_TOKEN_TO_BE_REPLACED

The upcoming season is fast approaching and AC Milan are currently planning the looks of the squad, acting on several fronts during the young days of the transfer window. However, despite several reports on the matter, one issue seems to be unresolved, with the Rossoneri holding out for a sign.

The San Siro side’s new manager, Marco Giampaolo, is faced with a tough decision on the striker’s front: which two of Andre Silva, Cutrone and Piatek should remain? For obvious reasons, the latter is safe and sound, while the other two are yet to have their future assured. END_OF_DOCUMENT_TOKEN_TO_BE_REPLACED

Forwards are often on the receiving end of most of the attention and praise throughout the course of a season; after all, it is their end product after a build-up and impact on the scoresheet that decides matches.

There was a large selection pool to choose from, and in several forward roles, but here are the five top attackers from this past campaign. END_OF_DOCUMENT_TOKEN_TO_BE_REPLACED 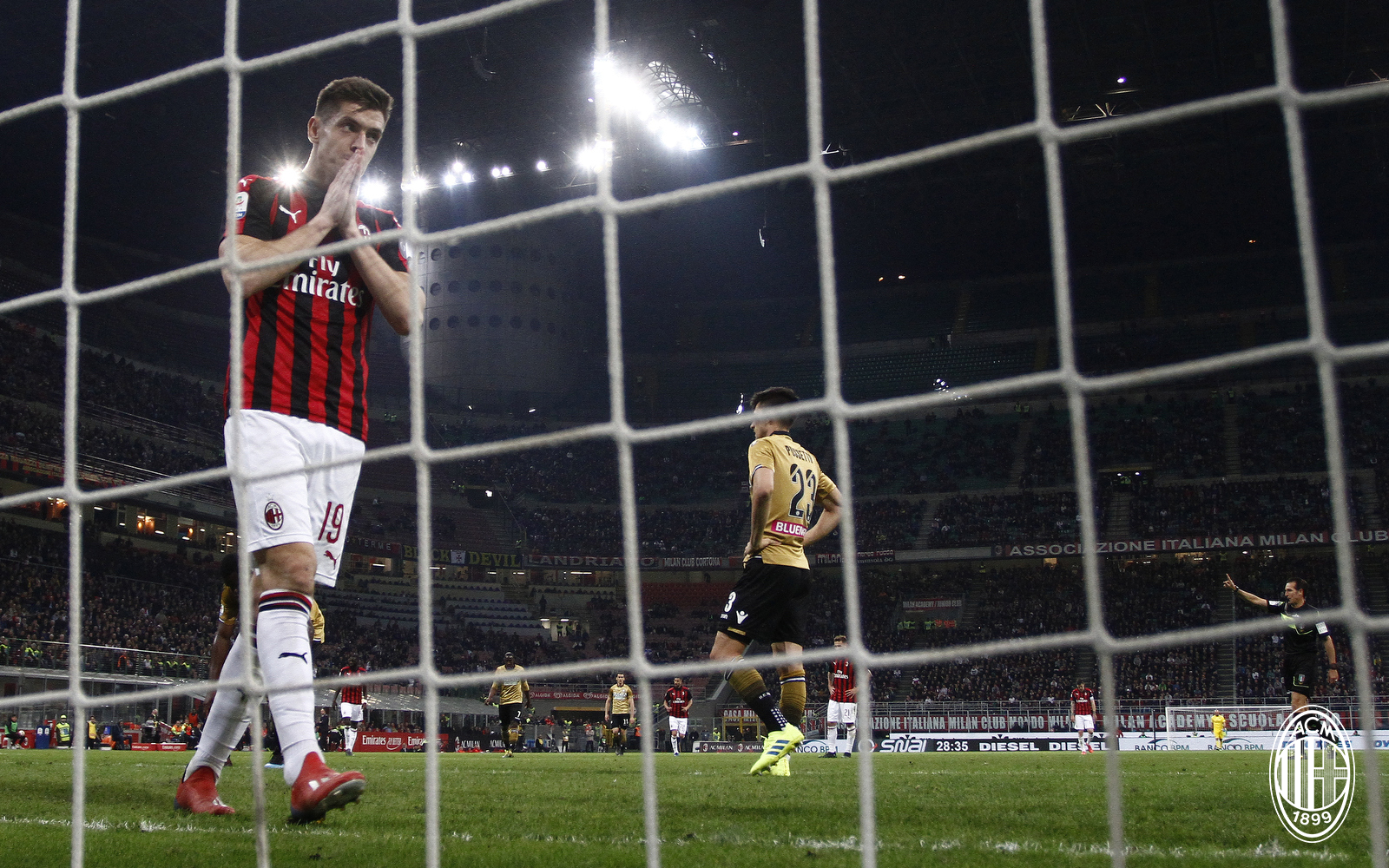 AC Milan failed to bounce back from two consecutive losses in the league, facing Udinese in front of a big crowd at the San Siro. The away side managed to snatch a point, while the Rossoneri’s fourth place is now at risk.

For their manager, Gennaro Gattuso, a storm of criticism awaits. In addition to this, the pressure is certainly piling up, as his side managed to take only one point from their last three games. Considering the opponents were Inter, Sampdoria and Udinese, this is unacceptable.

Now, their spot in the top four is in serious doubt, as Lazio only are four points behind with two games in hand. In other words, given the form Inzaghi’s men are in, the Champions League spot could soon be long gone for the San Siro side.

After the fiasco last weekend against Sampdoria, many had hoped to see some improvement this evening. However, instead we got to see something similar, with Milan once again failing to deliver enough quality at the back and up front.

Gattuso switched things up with a 4-3-1-2 formation but that plan went out the window already in the first half as Paqueta came off injured. Castillejo was brought on to replace him, but we all know that the Spaniard isn’t a trequartista. Therefore, the formation change ended up being more of a problem for the Rossoneri players.

Furthermore, as the players failed to perform at the highest of their standards, Udinese grew in confidence as the game progressed, while Milan evidently struggled. The goal conceded, however, was a bit unfortunate for Gattuso’s men, as it came after a great chance for Piatek which was squandered.

On the other hand, Milan’s goal also came out of the blue, more or less. However, Cutrone and Piatek showed why they should continue to play together up front, linking up really well throughout the game and especially on the goal. Tonight, that wasn’t enough though, as strikers can only do so much without proper service.

All in all, two points dropped, which could turn out to be decisive at the end of the season. Next weekend a big clash against Juventus awaits, and after that the Rossoneri will take on Lazio at the San Siro, which will be crucial for both sides with regards to fourth place.

With Paqueta potentially missing the game against Juventus, Gattuso should switch back to the 4-3-3 formation, alternatively use a 4-4-2 formation with Piatek and Cutrone up front. However, when the confidence is this low, it’s hard to see Milan getting anything out of that clash anyway.

How well do you know Italian football? Do you want to battle the best Serie A Fantasy Managers? Play www.fantasyseria.com now! 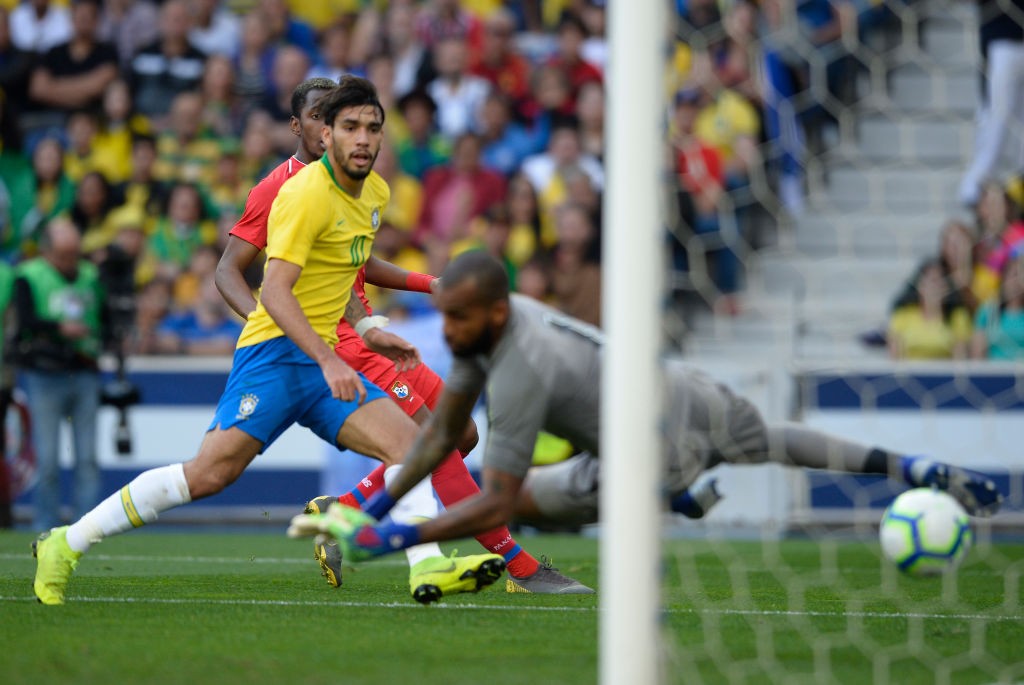 To the delight of many fans, the international break has come to an end. With that, club football returns, including AC Milan’s Champions League race in Serie A. For the Rossoneri, there have been a few standout performers during the break, as listed below.

However, before moving on to the top three players, let’s take a look at which players were called up for international duty. Gattuso sent 11 men away in total, five of which are Italian. Donnarumma and Romagnoli were called up to the senior team, while Calabria and Cutrone joined the U-21 side. Goalkeeper Plizzari, on the other hand, played for the U-20 team.

The midfielder, who has struggled with AC Milan thus far, really showed his worth during the break. He played his side’s first game from start, facing Albania, and scored the goal which sealed the 2-0 win after a brilliant solo run. He also started the second game against Moldovia, putting on a show as he assisted a goal with a bicycle kick.

In other words, a successful week for the attacking midfielder, and Milan fans will be hoping to see more of this against Sampdoria this weekend, as well as for the remainder of the season.

The 21-year-old continues to impress. Arriving at Milan in January, he has been vital for Gattuso’s team, offering something that the side previously lacked as a result of the injury to Bonaventura. Wearing the number 10 shirt, he certainly didn’t disappoint for Brazil.

In fact, just 32 minutes into the first game (friendly with Panama), Paqueta scored the opener in a very similar fashion to his first goal for Milan, arriving at the back post. He played from start against the Czech Republic as well, though he was replaced at half-time.

Who else but Krzysztof? The striker continues to score goals left, right and centre, although he wasn’t given the chance from start straight away. Poland were in need of a goal against Austria as they pushed for the lead, and decided to introduce Piatek in the 59th minute. Just like clockwork, the Milan striker gave his side the lead (and the win) ten minutes later, proving why he should start over Milik.

Against Latvia, he played from start along with Lewandowski up front. Although he didn’t get on the scoresheet in that game, he certainly showed how important he can be when it matters the most. Hopefully, he can continue this positive trend in Serie A, as the race for the top goalscorer is getting tougher by the week.

Milano’s rivaling clubs clash on Sunday evening for the marquee matchup of Serie A Round 28 as Milan square off with Inter at the San Siro.

Last October, Nerazzurri captain Mauro Icardi headed home a very late winner to deal the Rossoneri a 1-0 defeat, but Gennaro Gattuso’s in-form group will look to exact revenge and expand on their one-point lead in third place over their struggling rivals.

Here is what you should be watching for in the latest installment of the Derby della Madonnina: END_OF_DOCUMENT_TOKEN_TO_BE_REPLACED

Here is what you should be watching for in Chievo vs Milan: END_OF_DOCUMENT_TOKEN_TO_BE_REPLACED