Roma picked up their 4th win of the season as they beat Genoa 3-1 at the weekend and the hero who emerged from the game was Henrikh Mkhitaryan. The player scored a hat-trick to boost his club who left the Genoa came with back to back wins.

This was a game dominated by the visitors Roma who had 6 shots on target in the first half alone and it was a real surprise that the first half looked like it was going to end 0-0. But with 2 minutes of stoppage time to play Roma found their goal. Mkhitaryan the number 77 rose as if he was standing on a ladder such was his advantage for a final Roma first half corner and drove an unbeatable header into the net.

In football when one team scores just before half time it can have quite a psychological effect on the game. However Genoa came out fighting in the second half and just 5 minutes into the second period Genoa found themselves level. And what a brilliant one it was. Football is a team game after all and this felt like the ultimate one. Starting deep in their own half the club played one touch football, it took five passes to open up Roma and stun them and Marko Pjaca slotted away with ease. His reaction to the goal said it all, and it is goals like these that football is reminded of how much it is missing the fans.

Having said that with Genoa being at home their fans would be ultimately left disappointed as Roma struck back. It took until the 66th minute and was slightly scrappy but showed how the club do not give up loose balls, eventually the ball fell to Bruno Peres who simply had to tap a cross into the running Mkhitaryan to easily score his 2nd of the game.

Mkhitaryan’s third and Roma’s winner was sealed with five minutes to go, this time Pedro was the provider. And it was the best goal of the game. A neat cross on the edge of the area found Mkhitaryan just inside it who smashed the ball home in fantastic style. It was a game that Roma dominated from start to finish having 18 attempts on goal. Genoa of course did play their part but there was always likely only going to be one winner at the weekend. Roma are now in 4th place on 14 points and three points behind league leaders AC Milan.

Understandably Roma coach Paulo Fonseca was full of praise for his side. “We showed great personality and we deserved to win. We had four or five clear chances to score and we were always focused at the back. They scored on our only mistake. It’s important to feel this commitment. We conceded one goal but we scored three and we could have done more. After Genoa’s goal we had a great reaction, we scored two goals and it’s important to feel this ambition.”

In theory Roma haven’t lost this season although anyone can see by their league statistics that they have lost a game. This is because of their match v Verona earlier in the season where the club fielded an ineligible player by mistake in Amadou Diawara. The Italian FA voided the game at 0-0 and gave Verona a 3-0 default victory going by the rules. The appeal has been officially rejected though and Verona keep their win.

Mkhitaryan earned 14 fantasy points at the weekend and he has 28 in total which means he is currently the most successful player at Roma to have in your team.

It’s the international break now and Roma’s next game isn’t until November 22nd where they will play Parma at home.

Do you have what it takes to challenge the best Serie A Fantasy Managers? If you’re up for it play fantayseriea.com now!

Torino: the Granata did really not show anything new in the Fiorentina game even though Marco Giampaolo is supposedly going to bring a ton of changes, but that will take time and likely a couple of new players to come to fruition. They created just a pair of changes, with Andrea Belotti fully in the thick of it as per usual, while Simone Zaza rubbished a tasty one. They might be better off signing a new striker. The coach went with Alex Berenguer in the hole and then voiced doubts about Simone Verdi’s playing in that position, however there is not really any other place for him in the formation, so he will have to adapt. Soualiho Meite and Karol Linetty were not very involved offensively, mostly because the match-up was not easy, but this upcoming one is worse.  END_OF_DOCUMENT_TOKEN_TO_BE_REPLACED

The schedule was missing three games because of postponements and that was a factor, but overall the quality and the intensity of the play was down compared to what happened in the restart as several teams looked sluggish after the break and in general the defences had their ways over the attacks.

Results: among the supposed title contenders, Napoli and Juventus got off to a good start as the Partenopei pulled away late in Parma, while the Bianconeri manhandled Sampdoria. Milan breezed past Bologna on Monday night. Fiorentina eked out one at home versus Torino. Roma shared the spoils with Verona in a snooze-fest, while Sassuolo-Cagliari had the same result, but more action. Genoa looked good while humbling Crotone.  END_OF_DOCUMENT_TOKEN_TO_BE_REPLACED

Emre Can’s time in Turin is over as Juventus agreed to sell him to Borussia Dortmund, 18 months after signing him for free from Liverpool. The formula for the transfer is a €1M season-long loan with a €25M conditioned obligation to buy. Despite a slow adaptation and a thyroid issue, he notched 29 appearances in 2018/2019, scoring four times. He was severely hurt by the coaching chance, since he gave his best performances as centre-back in a three-man defence, and he never recovered mentally from being excluded from the Champions League list in January and then went on to play just nine times, starting just twice and logging a total of 279 ineffective minutes, expressing frustration publicly in a couple of occasions.

END_OF_DOCUMENT_TOKEN_TO_BE_REPLACED

Brescia: Mario Balotelli is disqualified for the first four fixtures, while Ales Mateju will sit out just the first one for the same reason. Emmanuel Ndoj is dealing with an ankle injury that will cost him some time. Andrea Cistana missed the recent Coppa Italia game for a similar, but smaller, issue, but could be back for the opening match. Daniele Dessena, Daniele Gastaldello have recovered from small injuries, while Giangiacomo Magnani and Ernero Torregrossa have been ruled out.  END_OF_DOCUMENT_TOKEN_TO_BE_REPLACED

END_OF_DOCUMENT_TOKEN_TO_BE_REPLACED 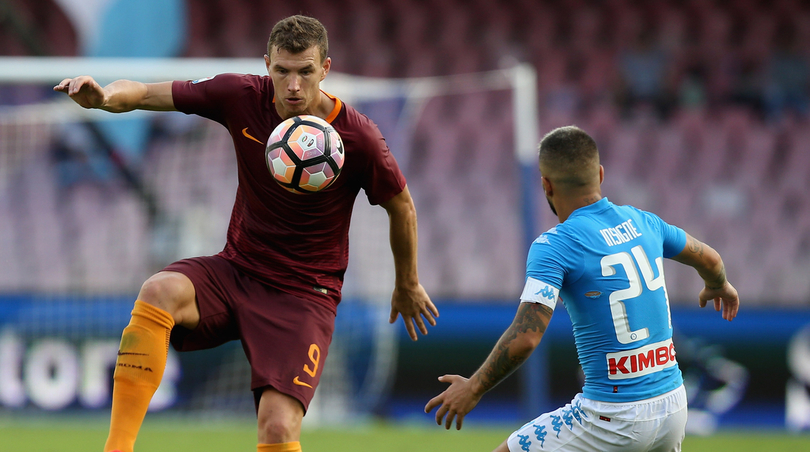 Juventus-Empoli: the Bianconeri are coming off their first Serie A loss this season, against Genoa, while they dropped points just twice at home thus far. The Azzurri defeated Frosinone in Aurelio Andreazzoli’s return match, nabbing the second win in the last 13 rounds. They have lost in five of the last six away games. The Old Lady will be without Cristiano Ronaldo, who got hurt while playing with Portugal, and Douglas Costa, who remains sidelined. Therefore, Federico Bernardeschi, Moise Kean, Paulo Dybala and Mario Mandzukic will lead the charge and try to alleviate the absence of the Portuguese star. They could be helped by the fact that the Tuscans have one of the leakiest defenses in the League. END_OF_DOCUMENT_TOKEN_TO_BE_REPLACED

Plenty of pathos in the last Serie A round: Cagliari-Roma and Lazio-Sampdoria would have been worthy candidates for match of the week, but then Sassuolo-Fiorentina outdid them on Sunday.

Both teams came into the game pretty desperate for a win: the Neroverdi had prevailed just once in the previous eight fixtures, while La Viola last grabbed the full three points for the last time in late September. With Kevin-Prince Boateng out with an injury, Roberto De Zerbi used his best XI, with Khouma Babacar spearheading the front-line, Federico Di Francesco on the left wing and Stefano Sensi as deep-lying playmaker. END_OF_DOCUMENT_TOKEN_TO_BE_REPLACED 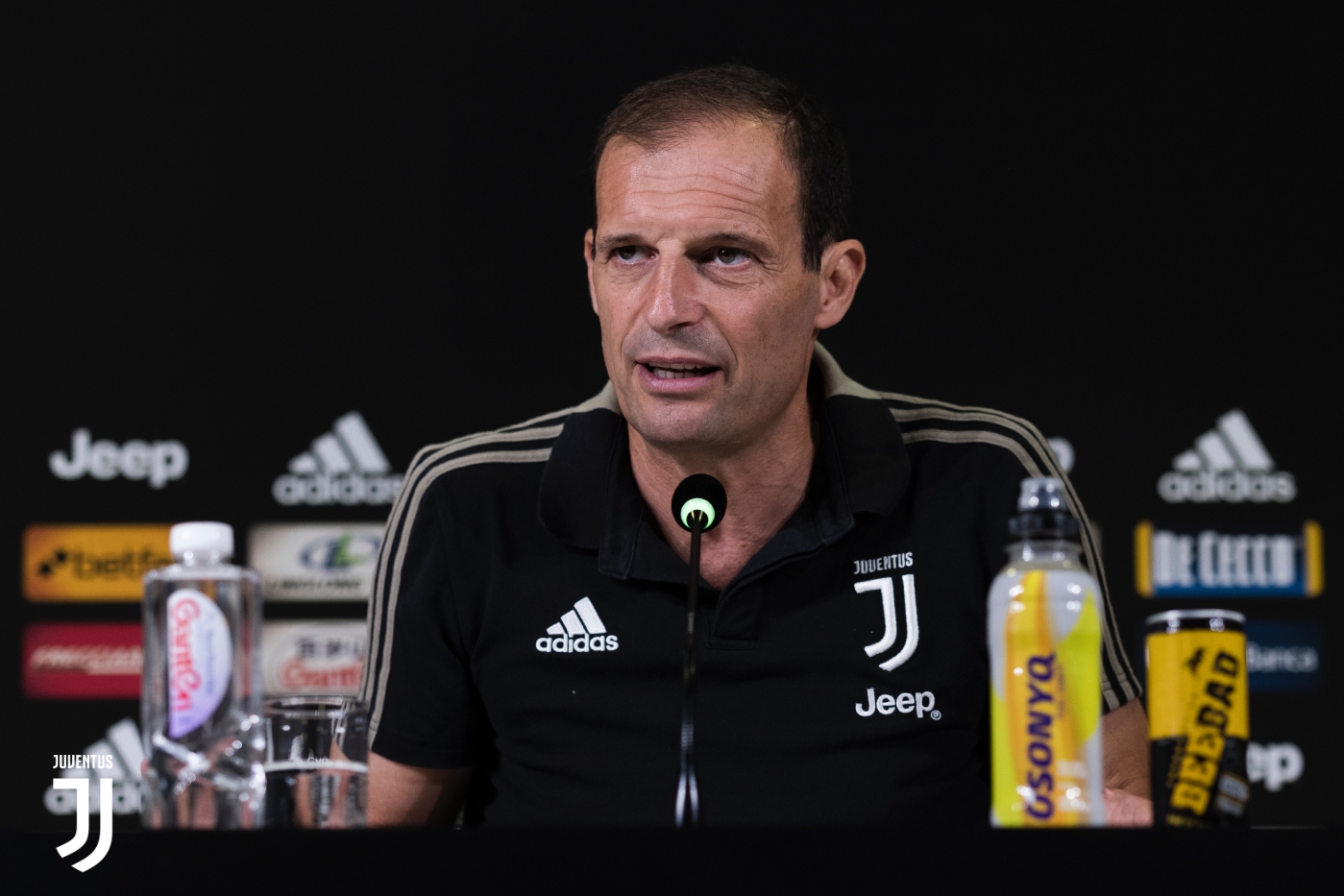 Massimiliano Allegri previewed today the Fiorentina tilt: “We will have to play well because the matches in Florence never end. Their squad will be pushed by the entire city, they will be fierce and will try everything to beat us. The first three teams will all play on the road in this round. It is not a trap game, but certainly a difficult one.”

On the midfield: “Rodrigo Bentancur still has some energy in him and will start, then we will evaluate the conditions of Miralem Pjanic and Blaise Matuidi. Juan Cuadrado could be used there, but we will see where they are at physically. Wednesday’s bout was intense and draining, we need mental and physical energies.” END_OF_DOCUMENT_TOKEN_TO_BE_REPLACED

Juventus: Federico Bernardeschi is expected to be called up after shaking off an adductor problem, while Alex Sandro subbed off in Champions League because of a thigh issue that has not been disclosed yet, so he is questionable for the Fiorentina game. Sami Khedira (ankle) and Emre Can remain out for this week.

Napoli: Raul Albiol suffered a mild ankle sprain against Red Star Belgrade and he is at risk for the Monday game. After picking up the same injury, Amin Younes should be at the coach’s disposal, while Simone Verdi is set to skip another one, and likely few more, because his was more severe. END_OF_DOCUMENT_TOKEN_TO_BE_REPLACED