Atalanta: Hans Hateboer is suspended, while Timothy Castagne missed the midweek Coppa Italia game with knee soreness, but it was likely just precautionary.

Bologna: Stefano Denswil remains iffy after missing one with a thigh ailment and it will likely be a couple more weeks before Ladislav Krejci comes back from his knee problem.

Brescia: Dimitri Bisoli is disqualified. Daniele Dessena is close to being fully cleared from his malleolus fracture. END_OF_DOCUMENT_TOKEN_TO_BE_REPLACED

Atalanta: Duvan Zapata has resumed practicing fully after his complicate thigh injury and he is fully expected to be available against Parma, but the capacity remains to be determined. Pierluigi Gollini is dealing with the flu.

Bologna: Blerin Dzemaili is under the weather and is out, Federico Santander has recovered from a tibia bruise, while Ladislav Krejci will likely miss another one with a sore knee.

Brescia: Alfredo Donnarumma and Emanuele Ndoj are on the wrong side of questionable due to muscular problems. Bruno Martella joined the long list of sick players this week.  END_OF_DOCUMENT_TOKEN_TO_BE_REPLACED

Atalanta: Josip Ilicic is out due to a thigh pull and their president confirmed that Duvan Zapata will be back in early 2020. Alejandro Gomez is out because of a knock.

Bologna: Ladislav Krejci and Roberto Soriano have resumed practicing after their knee problems and could be in the squad list over the weekend.

Brescia: Andrea Cistana is suspended, Alfredo Donnarumma is fatigued but should be available. END_OF_DOCUMENT_TOKEN_TO_BE_REPLACED

Atalanta: Josip Ilicic was handed a two-game suspension for kicking an opponent from behind. Duvan Zapata is not ready to come back from his thigh strain. Robin Gosens is dealing with sciatica. Ruslan Malinovskyi has a sore glute. Remo Freuler is bang up as well and the trio is legitimately questionable.

Bologna: Roberto Soriano has been ruled out due to a knee bruise, Federico Santander because of a calf one. Takehiro Tomiyasu (thigh), Mitchell Dijks (toe contusion) and Mattia Destro (knee soreness) stay on the shelf. END_OF_DOCUMENT_TOKEN_TO_BE_REPLACED

Standings implications: a weird round results-wise since three of the top four teams shared the spoils against minnows. In chronological order, Juventus could not get past Lecce, Inter equalized against Parma and Napoli did not come up with a game-winner versus SPAL. Atalanta were the only ones to capitalize on the other contenders’ misfortune, demolishing Udinese. Lazio outlasted Fiorentina, while Roma took advantage of Milan’s blunders. Cagliari tied with Torino away, while Bologna and Sassuolo returned to winning ways, sinking Sampdoria and Verona respectively. Genoa bounced back in Thiago Motta’s debut by staging a glorious second-half comeback against Brescia.    END_OF_DOCUMENT_TOKEN_TO_BE_REPLACED

All in all, it was a pretty quiet week in Serie A, but it still included some massive deals, as Juventus pulled off one of the transfers of the summer by acquiring Matthijs De Ligt from Ajax, while Roma have commenced re-building the back-line with Gianluca Mancini from Atalanta and won the race to sign Jordan Veretout from Fiorentina.

The Orobici have signed Ruben Malinovskyi from Genk, who is somebody to keep an eye on fantasy-wise since he was extremely productive in Belgium, thanks to penalties and other set pieces. END_OF_DOCUMENT_TOKEN_TO_BE_REPLACED

END_OF_DOCUMENT_TOKEN_TO_BE_REPLACED 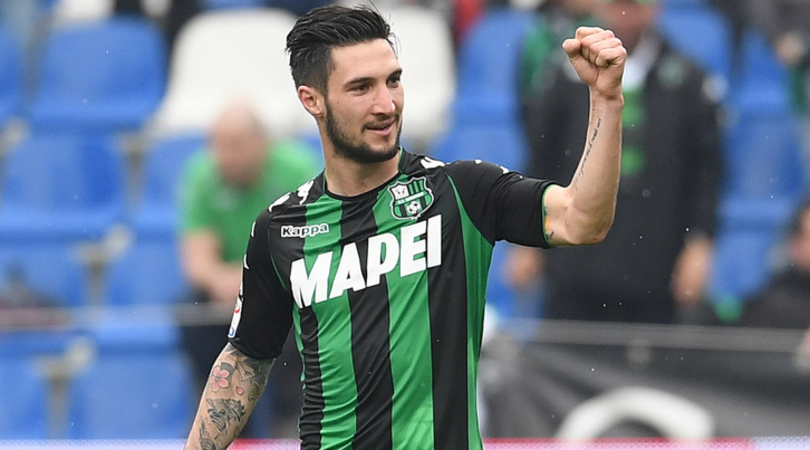 After acquiring Radja Nainggolan, Inter have completed another big move and have announced the acquisition of Matteo Politano from Sassuolo. The formula is fairly similar, but this time it will be season-long loan with 20M option to buy and Jens Odgaard moved to the Neroverdi as part of the deal. The 24-year-old winger has signed a five-year contract.

Politano is coming off his best season yet, where for the first time in his career he reached double digits goals and provided five assists on top of that. He truly spearheaded the Neroverdi’s late push to avoid relegation, scoring seven goals in the last ten Serie A games and clearly emerging as their best go-to guy. He recently debuted with Italy. He leaves Emilia after three seasons, 110 appearances and 24 goals. He was intensely pursued by Napoli in January, but the management did not let him go.

A natural left-footed right winger, Politano has very often played on the other flank to co-exist with Domenico Berardi. In the final few months of last year, he has found a lot of success as striker in a light attack after Giuseppe Iachini decided to switch to 3-5-2.

His versatility will give Luciano Spalletti some flexibility as he is pondering a new system based on a three-man defence. In any case, Politano is poised to challenge Antonio Candreva for the starting job, since the production of the former Lazio has steeply decreased last season. The Beneamata also did not have any alternatives behind the starters beside Yann Karamoh, who showed some promise but needs more consistency.

The top teams will try to avoid some trap games in the next round.

Juventus-Bologna: the Bianconeri responded in a big way after the loss in the Napoli clash, even though they could have probably handled the Inter game better. Anyway, the dramatic win in the Derby d’Italia gave them a big lift in the title race. They will be without Miralem Pjanic and likely Mario Mandzukic in this one. Gonzalo Higuain resumed scoring and Paulo Dybala had a positive cameo, while Douglas Costa continues to be their star. END_OF_DOCUMENT_TOKEN_TO_BE_REPLACED

The next round includes two monumental games for the title contenders and a few other interesting fixtures.

Roma-Chievo: the Giallorossi have easily prevailed in their last two games against Genoa and Spal before being thumped by Liverpool. The Flying Donkeys have shown some fight against Inter and Napoli have and tied with Spal and Torino, but they need to pick up three points sooner rather than later to solidify their position. They have lost in ten of their last 12 away games. END_OF_DOCUMENT_TOKEN_TO_BE_REPLACED