It took an absolute age to arrive, but Alvaro Morata’s goal against Vidi in Chelsea’s midweek Europa League game will be welcomed by player and club alike.

The pressure that had been on the Spaniard’s shoulders was evident as the tears flowed, the monkey finally off of his back.

Maurizio Sarri was more than happy with such emotion, suggesting he’d like to see more of it if it meant the centre-forward was amongst the goals more often. END_OF_DOCUMENT_TOKEN_TO_BE_REPLACED

It’s only been 12 months since Alvaro Morata landed in west London, after Chelsea had agreed a £60 million club record fee with Real Madrid for his services.

After a wonderful first few months it certainly appeared to be money well spent by the Blues’ hierarchy, and those supporters that were worried by Diego Costa’s departure soon calmed down when they saw what Morata brought to the table.

Tall, athletic, not frightened of the physical aspects of the game and with an eye for goal… the Spaniard was a modern version of a traditional centre-forward.

There wasn’t a weakness in his game at that point, which makes the way in which he tailed off so dramatically even harder to understand.

Plenty of players suffer crises of confidence at various points in their careers, but relatively few take a real nose dive so quickly.

Injury and suspension are mitigating factors, but the fact remains, Morata just wasn’t at the races for pretty much the whole of the second half of the season.

Being talked up as likely to be one of the stand out players at the 2018 World Cup in Russia, the striker was so far off of the pace that he didn’t even make Julen Lopetegui’s final 23-man squad.

The bitterest pill for him to swallow was that the man who he replaced at Chelsea, Costa, took his seat and thrived for much of the time Spain were in the tournament.

Now back in pre-season training with the Blues, Morata is amongst a host of players that need to prove themselves all over again with new coach Maurizio Sarri in situ.

With rumours continuing to swirl that the coach wants to bring Gonzalo Higuain to London, one has to wonder if the Spaniard’s days are already numbered.

Should the Argentinian make the move to the English capital, however, it does open up some space at Juventus.

It’s a club that Morata knows well having played there before Real Madrid decided to take him back to the Santiago Bernabeu.

With only the Europa League to play for at Chelsea, the carrot of another Champions League tournament is likely to prove too hard to resist.

It will also afford the striker the opportunity to link up with his Los Blancos colleague, Cristiano Ronaldo.

Of course, a lot needs to happen in order for that particular set of dominoes to start falling, but it has to be a consideration.

Simply put, if he stays in England and doesn’t re-discover his golden touch, he’ll be an outcast, and for a player that is still only 25 years of age, that’s criminal and can’t be allowed to happen.

When on his game, his numbers are as good as his contemporaries, and he deserves the chance to resurrect his career.

Whether Chelsea decide to play hard ball or not – given the expected departures of Thibaut Courtois and Eden Hazard – we’ll just have to wait and see.

But they’ll need to be mindful of keeping hold of an unhappy player.

Do you have what it takes to challenge the best Fantasy Managers? If you’re up to challenging the best then play  www.fantasy-champions-league.com now!

Not long now until Spain take on Portugal in what’s expected to be one of the games of World Cup 2018.

Though Julen Lopetegui still remains unbeaten as Spain coach since taking the job from Vicente del Bosque, there’ve been a few worrying signs in their last two friendlies against Switzerland and Tunisia.

Neither side pose the same threat as Cristiano Ronaldo and Co., and yet they made life difficult for La Roja in their warm-up games for the tournament.

END_OF_DOCUMENT_TOKEN_TO_BE_REPLACED 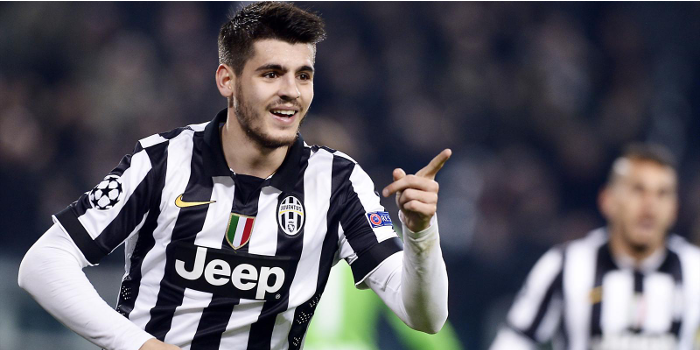