Atalanta: Pierluigi Gollini (PCL tear), Aleksey Miranchuk (thigh strain) and Matteo Pessina (patellar dislocation) will once again be unavailable and the coach raised some concern regarding Cristiano Piccini, who has not been able to practice fully since joining. The fact that they are signing another player in his role does not bode well for his timetable. The team announced that somebody tested positive but did not disclose whom: Mattia Caldara and Rafael Toloi are absent out of the blue.

Benevento: Federico Barba returned midweek but subbed off in the first half and has been ruled out. Andres Tello (thigh) and Oliver Kragl (neck) are again sidelined. Nicolas Viola (meniscus) might not be back for the first game after the break. END_OF_DOCUMENT_TOKEN_TO_BE_REPLACED

Atalanta: Duvan Zapata and José Palomino should be good to go after COVID, but they might be initially limited. Cristiano Piccini will be held out as he works on his fitness level. Aleksey Miranchuk (thigh strain) is unlikely to be back before the international break. Pierluigi Gollini (partial ACL tear) and Matteo Pessina (patellar dislocation) are expected to return in November. Berat Djimsiti and Cristian Romero are suspended. Josip Ilicic remains out indefinitely as he recovers from mental health issues, but at least he is practicing.

Benevento: Nicolas Viola is out as he had a torn meniscus removed and will be sidelined for a couple of months. Oliver Kragl (neck) and Andres Tello have been ruled for minor ailments, Federico Barba because of lack of fitness.  END_OF_DOCUMENT_TOKEN_TO_BE_REPLACED

Bologna: Gary Medel is suspended and is also recovering from a grade one strain in the semimembranosus muscle on the right thigh, therefore he could miss week two as well.

Cagliari: Luca Ceppitelli, Filip Bradaric and Kiril Despodov are quarantining after catching COVID-19 in late August. Gaston Pereiro suffered a fifth metatarsal fracture in the right foot about two weeks ago and he has a 45-day timetable. Alessandro Deiola is recovering from a clean-up surgery on the right knee he had during his time at Lecce. END_OF_DOCUMENT_TOKEN_TO_BE_REPLACED

Brescia: Mario Balotelli continue serving his suspension, while Giangiacomo Magnani will miss another one too. Ernesto Torregrossa has recovered and might start. END_OF_DOCUMENT_TOKEN_TO_BE_REPLACED

Milan: Cristian Zapata is back in the squad list after spending time on the mend with a thigh strain. END_OF_DOCUMENT_TOKEN_TO_BE_REPLACED

END_OF_DOCUMENT_TOKEN_TO_BE_REPLACED 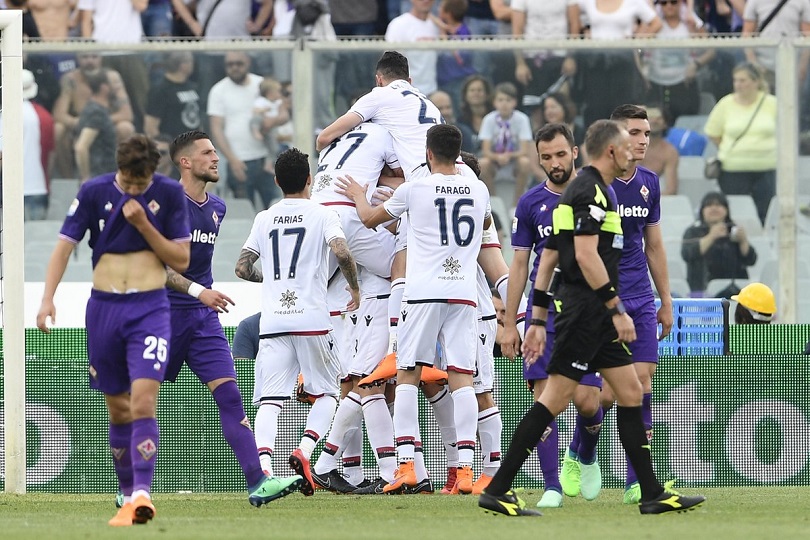 Cagliari have looked to offset the potential of a Serie A relegation battle come the end of the season, with significant investment in the January transfer window.

Only two sides spent more than Rolando Marin’s side during the winter transfer period, with Fiorentina and AC Milan outspending them.

However Cagliari, who are currently 14th in the league table, have looked to bring in a number of new faces for the remainder of the campaign.

END_OF_DOCUMENT_TOKEN_TO_BE_REPLACED

Inter: Matteo Politano was slapped with a two-game ban. Stefan De Vrij is dealing with some muscle fatigue, but he has been called up, while Balde Keita remains out.  END_OF_DOCUMENT_TOKEN_TO_BE_REPLACED

Inter-Parma: the Beneamata grabbed their first win of the season in Bologna, where they were shorthanded and were led by Radja Nainggolan and Ivan Perisic. Mauro Icardi should be back this week. Luciano Spalletti is still figuring out how the best way to incorporate the newcomers and is looking for the best solution in the midfield, which lacks in creativity. The performances in the three matches have been wildly inconsistent, both on the bright side and on the more negative one. Anyway, the two goal scorers from the past game are good picks in this round and will likely be for the rest of the season. END_OF_DOCUMENT_TOKEN_TO_BE_REPLACED

Chievo Verona were deferred again with the accusation of making false profits in several trades with Cesena as the prosecutor hopes to have solved the defect of form that prevented the case from going to trial a couple of weeks ago. END_OF_DOCUMENT_TOKEN_TO_BE_REPLACED