Bologna: Roberto Soriano was red-carded in the last game and has been suspended for two matches. Gary Medel was a late scratch for the last game due to back spasm, but he is in the squad list. Ibrahima Mbaye and Andreas Skov Olsen (thigh) recovered enough to be called up. Andrea Poli and Federico Santander are nursing thigh strains.

A surreal Serie A round still had a good dose of action and some massive results. Here are the top performers from the weekend.

Juan Musso (7 points): five teams managed to earn a clean sheet and, out of all the goalies involved, Udinese’s one had the most meaningful save, on a Federico Chiesa potent cross-shot that could have swung the Fiorentina match late.

Nikola Milenkovic (5 points): Fiorentina’s defence held up well versus Udinese, allowing limited chances, and the Serbian defender also had one of the biggest chances for his side with a strikingly quick volley that went just wide. END_OF_DOCUMENT_TOKEN_TO_BE_REPLACED

Atalanta: Marten De Roon is suspended, newcomer Tomas Sutalo is out for a month with a foot injury.

Bologna: Andrea Poli is disqualified. Nicola Sansone suffered a hamstring strain, Federico Santander a hip muscle one and they will both miss three-to-four weeks. No returns among the previously injured Gary Medel (hamstring) and Ladislav Krejci (knee).

Brescia: Ernesto Torregrossa is out due to yellow-card accumulation. Andrea Cistana  and Sandro Tonali dealt with some muscle fatigue but should be good to go.  END_OF_DOCUMENT_TOKEN_TO_BE_REPLACED

Atalanta: Josip Ilicic lost the appeal so he will serve the second game of his suspension. Ruslan Malinovskyi is disqualified as well. Duvan Zapata is not ready after missing time with a thigh strain despite the early optimism, while Luis Muriel and Remo Freuler, who picked up some muscular ailments with their national teams, should be fine.

Bologna: Mattia Bani and Danilo are banned. Takehiro Tomiyasu is poised to come back from a thigh strain, while Federico Santander suffered the same injury few days ago and will miss three weeks. Roberto Soriano and Mitchell Dijks will miss another one due to a knee and toe edema respectively, also Mattia Destro remains on the shelf due to knee soreness. END_OF_DOCUMENT_TOKEN_TO_BE_REPLACED

Juventus: Giorgio Chiellini has good chances to be back from a calf contracture and Martin Caceres from a thigh strain, while Douglas Costa (calf). Paulo Dybala (quad) and Mario Mandzukic (knee) will not be back this week. Rodrigo Bentancur has been ruled out with muscle fatigue.

Napoli: Raul Albiol is expected to return after missing time following a knee clean-up surgery. Vlad Chiriches hurt his shoulder in the last game and will undergo surgery, while Nikola Maksimovic and Amadou Diawara are nursing foot issues. Adam Ounas skipped the last two games due to a muscular ailment, but he is back in the squad list. Allan and Lorenzo Insigne are both fatigued and have been ruled out.  END_OF_DOCUMENT_TOKEN_TO_BE_REPLACED 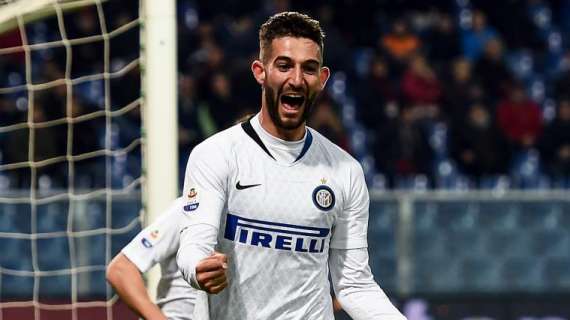 Josip Ilicic (10 points): he single-handedly knocked out Bologna in the span of ten minutes, punishing them with two venomous lefty strikes and then teeing up Hans Hateboer three-nothing goal. END_OF_DOCUMENT_TOKEN_TO_BE_REPLACED

Napoli: Alex Meret is disqualified and Raul Albiol is recovering from a clean-up knee surgery.

Milan: Ricardo Rodriguez is banned. Hakan Calhanoglu might not play as he flew to Germany for the birth of his child eariler this week . Mattia Caldara is expected to be back in the squad list, while Cristian Zapata is more likely to return next week.   END_OF_DOCUMENT_TOKEN_TO_BE_REPLACED

Inter: Balde Keita (thigh) will not be able to come back this week, while Sime Vrsaljko is under the weather and also nursing an achy knee. Matteo Politano is fatigued.  END_OF_DOCUMENT_TOKEN_TO_BE_REPLACED

Napoli: Simone Verdi will remain on the mend because of an ankle sprain, while Adam Ounas missed the last game with a minor muscular ailment. Alex Meret should be ready to start. END_OF_DOCUMENT_TOKEN_TO_BE_REPLACED

The review the Serie A’s player showings in Russia continue with two teams who got a lot of attention over here: Serbia and Polonia. The first one because of Sergej Milinkovic-Savic, Lazio’s crown jewel, who could be involved in a massive transfer this summer, the second because it was the national team with the most player coming from the Italian League. It is fair to say that they did not live up to the expectations in both cases.

The star midfielder had a positive debut against Costa Rica, where once again he dispensed classy plays, but faded in the next two games, where he was unable to get it going. END_OF_DOCUMENT_TOKEN_TO_BE_REPLACED