A pretty quiet week, as it is usual in the final one of July and the trend will likely continue in the first one of August as well. The biggest acquisition was made by Napoli, which signed Eljif Elmas from Fenerbahce to add another talented youngster to their midfield.

Inter parted ways with Joao Miranda, who was solid for a pair of seasons, but faded once they brought in Stefan De Vrij last season and would have been further buried in the depth chart because of Diego Godin joining, so he opted to move to Jiangsu Suning. The Beneamata has Andrea Ranocchia as back-up and could decide to keep Alessandro Bastoni, who showed decently at Parma last season. END_OF_DOCUMENT_TOKEN_TO_BE_REPLACED

Napoli: Fabian Ruiz will be available after a tough flu. Lorenzo Insigne was on track to play but suffered a relapse of a thigh contracture.  END_OF_DOCUMENT_TOKEN_TO_BE_REPLACED 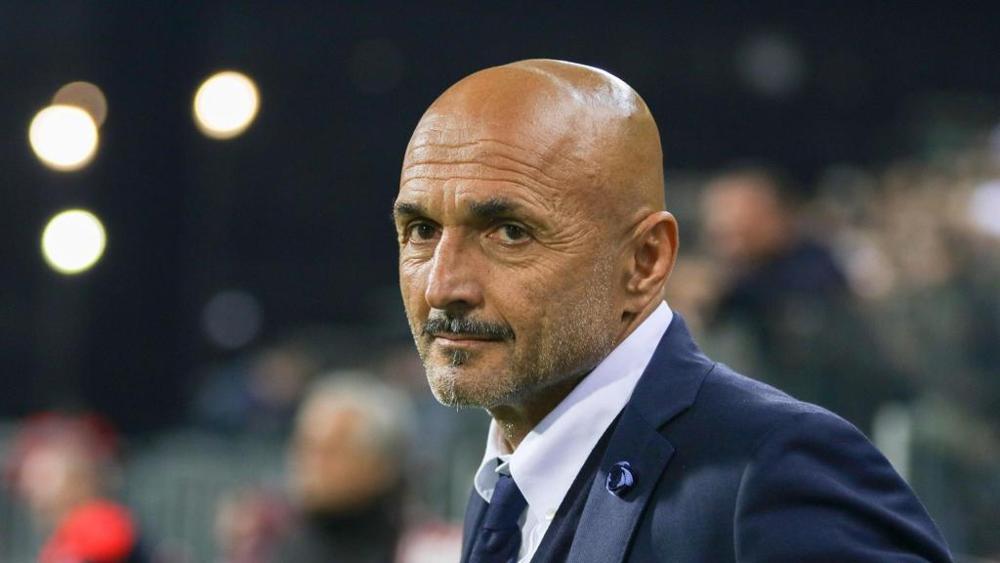 Serie A giants are working on a deal to bring Atletico Madrid captain Diego Godin to Italy next season, with the Uruguayan’s contract set to expire in the Spanish capital this summer.

Godin, 32, was a transfer target for Manchester United in the summer of 2018, however he opted to remain in Spain – citing family reasons for his decision.

Media reports in both the UK and Spain have claimed that Godin is unhappy with the club’s delay in offering him a new contract, after eight and a half trophy laden years with Los Colchoneros.

END_OF_DOCUMENT_TOKEN_TO_BE_REPLACED

Juventus: Federico Bernardeschi has a thigh ailment and he is likely to miss the next two games. Juan Cuadrado will not undergo knee surgery, but his timetable is uncertain. Blaise Matuidi is under the weather and out for the Bergamo trip. Moise Kean has a hamstring ailment.

Napoli:  Allan is set to return after missing one due to back pain. Mario Rui is back to the squad list.

Inter: Radja Nainggolan has been suspended by the team for disciplinary reasons. Joao Miranda is out again due to muscle fatigue.

Lazio: Ciro Immobile and Sergej Milinkovic-Savic are fatigued and might sit initially. Luis Alberto subbed off against Cagliari, but just for cramps. Milan Badelj is iffy with a muscular problem. Valon Berisha and Riza Durmisi will not be available.  END_OF_DOCUMENT_TOKEN_TO_BE_REPLACED

Juventus: Sami Khedira should be back to the squad list after missing time with an ankle sprain. Joao Cancelo, Juan Cuadrado (knee) and Andrea Barzagli are not expected to return in 2018.

Napoli: Simone Verdi is likely to be called up as he has been working with the rest of the team for a week now. Mario Rui missed the last game due to muscle fatigue and has been excluded from the squad list again. Alex Meret has a sore shoulder that needs to be monitored. Allan has been ruled out due to back pain.

Inter: Kwadwo Asamoah is suspended. Matias Vecino (thigh) and Dalbert (calf) have been on the sidelines for the last few games, but they will be available. Joao Miranda is fatigued and is very likely to miss the game. END_OF_DOCUMENT_TOKEN_TO_BE_REPLACED

Inter Milan failed to put any distance between themselves and Napoli, in the race for second in Serie A, with a disappointing 2-2 draw against Roma.

Neither Luciano Spalletti’s side nor Carlo Ancelotti’s are in a position to challenge Juventus at the moment, with the Turin club already 11 points clear after 14 games of the season played.

Napoli can close that eight points, if they win against Atlanta on Monday night, and in turn put three points between them and Inter as the campaign approaches its half way stage.

END_OF_DOCUMENT_TOKEN_TO_BE_REPLACED

If you cast your mind back to how Luciano Spalletti’s team started last season, you realize that Inter Milan have been less productive this season. Before their one zero win over Sampdoria last Saturday, the Nerazzurri had amassed just four points from four games and sat 15th position on the league rung. That is nine points short of what they achieved after match day four in the previous campaign.

There are a couple of factors that have accounted for this bad start, and one of them could be laid right at the doorstep of the manager Luciano Spalletti. Spalletti has been doing a lot of tinkering with his team selection and system, which hasn’t helped them much. It’s quite understandable that the Italian tactician wants to his new recruits to bed into his method and assimilate his ideas very early in the season, but the lack of consistency in his approach has been problematic.

In Inter’s opening fixture against Sassuolo at the MAPEI Stadium, the manger played a back four which comprised of João Miranda and Stefan de Vrij as center back pair, whiles Dalbert Chagas and Danilo D’Ambrosio played as laterals. In the midfield, Luciano Spalletti opted for Matías Vecino  alongside Marcelo Brozović with new signing Lautaro Martínez playing behind Mauro Icardi. The captain had Kwadwo Asamoah supporting him from the left wing and Matteo Politano on the other side. Inter dominated possession but was on par with Sassuolo on the number of shots on targets and corners. In the end, the home side held onto Domenico Berardi’s 27th minute penalty kick.

At home to Torino at San Siro, Luciano Spalletti altered his starting line-up and changed the system to a back three. Miranda was pulled out for M. Škriniar alongside S. De Vrij and Danilo D’Ambrosio to form a trio at the back. Š. Vrsaljko and Asamoah played as wing backs whiles Perisic and Politano attacked the flanks with Icardi as the target man. He maintained the midfield duo of Brozovic and Vecino.  Inter squandered their two goal lead before the interval as Torino rallied in the second half to level the score.

Against Bologna, Spalletti returned to a back to four and made three chances to the previous line- up. M. Škriniar and S. de Vrij continued their centreback partnership. D. D’Ambrosio and Asamoah played as lateral defenders. Roberto Gagliardini took the place of Vecino with Radja Nianggolan playing behind Keita Balde Diao. Inter produced an assured performance in the second period of that game, scoring three goals through Nainggolan, Perisic and substitute Antonio Candreva.

It’s normal for coaches to rest players in a league game ahead of a Champions League fixture, and given Inter’s absence in the European Competition for the past seven years, it was imperative that they started with a win on home soil. And before that, was a home game against promoted side Parma who are proving to be tough customers for the established teams in the league. Spalletti maintained a chunk  of the players in the previous game but still made two changes with Dalbert Henrique taking the place of Asamoah and Candreva coming in for Politano.

The change of players and systems means the manager is not wedded to one particular approach, but it sends the message that Luciano Spalletti is yet to find the right permutation for the team. Nainngolan is a huge character in midfield, dominant and very demanding. The Belgian is all about strength, passion, technique and athleticism. Playing him behind Icardi or Keita doesn’t seem to be the ideal fit. Nainggolan has proven to be a threat from A distance with his long range shots, but he is not a reliable creative player. He can function better in tandem with Brozovic in the middle of the pitch.

In Kwadwo Asamoah, Spelletti has got a versatile player capable of operating both as a left back and a winger, but Asamoah’s favorite position, the role he revels in, is playing behind the attack. Inter’s midfield is currently oversubscribed with the manager having to rotate between Borja Valero, Vecino and Gagliardini. However, the Ghanaian will be a vital component in the Nerrazurris charge for a successful league campaign.

It would have been ideal for inter to have approached the Tuesday’s Champion league game against Totteham Hotspurs in a much healthier position. The Nerazzurri didn’t look like a team prior to the 2-1 win over the English side. They looked disjointed and uninspiring, with their defending a bit abject this season. Luciano Spalletti’s comments after overcoming Spurs was quite significant about his team’s performance “We weren’t at the level, in a couple of areas, which we had prepared to be. Some phases of the game could have been managed better. “A victory like this, after having come from behind, gives us a lot of enthusiasm and allows us to believe more about the future’’

We can’t say how far Inter will go into the Champions League, but after showing determined spirit to come from behind to secure a very important victory they could go far. The win over Spurs proved to be a shot in the arm for Spalletti’s men as they continued with another victory away to Sampdoria on Saturday. Hopefully Inter will make up for their early stutters to close the gap on their opponents in the league.

Support for the manager was beginning to sag after a year, but winning two games on the trot should blow the doubt and lift confidence around the team. Talent wise, Inter are the best of the chasing pack, but Spalletti’s team need to be a real title threat by churning out consistent performances. The manager’s lack of clarity of how to deploy his players in the right system is what contributed to their poor start.

Brazil were eliminated early for their standards and for their aspirations: they had some impressive showings and were solid throughout, but they run into one of the few teams that were equipped to take them down. They had a strong reaction to a poor first half against Belgium and created plenty of chances to equalize, but were too imprecise.

Tite’s squad included three Serie A players in prominent roles: Alisson, Joao Miranda and Douglas Costa. La Seleçao conceded just one goal in the first four matches and that is proof of their general robustness. END_OF_DOCUMENT_TOKEN_TO_BE_REPLACED

Here are the updates on the health of few players.

Juventus: Juan Cuadrado is suspended, while Stefano Sturaro and Mattia De Sciglio were in the squad list for the Coppa Italia final, so they have shaken off a foot and an Achilles injury. Giorgio Chiellini and Benedikt Howedes should remain out due to thigh injuries, but they have been called up.

Napoli: Faouzi Ghoulam made a surprise return to the squad list last week after a lengthy recover for a pair of serious knee injuries. Vlad Chiriches and Adam Ounas have been ruled out late.  END_OF_DOCUMENT_TOKEN_TO_BE_REPLACED

Inter had an impressive showing in the drubbing of Udinese and was also just one of the two teams who scored multiple goals while also maintaining a clean sheet. As a result, they deservedly get the Club of the Week shut-out regarding the last round.

Inter approached the game fuming for the result in the Derby d’Italia, but had won in the previous two fixtures. Luciano Spalletti opted for Dalbert to substitute the suspended Danilo D’Ambrosio and picked Antonio Candreva over Yann Karamoh on the right wing. He had to put in Andrea Ranocchia due to a last-minute injury to Joao Miranda.  END_OF_DOCUMENT_TOKEN_TO_BE_REPLACED